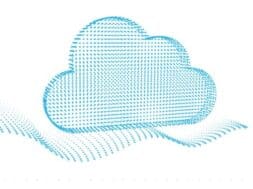 Dummies' Guide to Creating Canva Resume for Your Dream Job!

Snowflake is an American company providing Cloud data platform as a SaaS (Software-as-a-Service) to enterprises. It was founded in 2012, but launched in 2014. The data platform provides the storage and analysis of data. If you are not in the IT or Data field, it is likely that you do not know what this is. Nonetheless, you had certainly used it, at least not directly. Have company email accounts? Checking out company news over intranet? Or sharing files and collaborating over your company network? These are some usage examples of company data. But where are they stored? Its in the data warehouse which can be hosted on-site or in the Cloud like Snowflake.

How Does Snowflake Work?

Arguably, the defining feature for Snowflake is its capability to separate compute from storage. Compute means the processing, while storage is the permanent or temporary safekeeping of data. This is important because it keeps costs separate. Where you may need more, you pay more for. Rather then buying both as a package according to tier which would not make sense if you need more storage but less compute but had to pay for the higher tier package for storage. By the way, Snowflake’s pricing is based on the volume of storage and time for compute required, both separate. Where you do not need anymore, turn it off and you will not incur costs for it.

If you ever need more speed and performance, scale up your compute. That’s all you need! Snowflake is technically limitless in storage and compute. Hence, the question is on knowing how much you need so you only pay for that amount.

Separating compute from storage also means the possibility for data sharing which is also secure. All users need is create the access for external users. The access is protected and can be tracked back (i.e. auditable).

By now, you should have a basic understanding of Snowflake as a Data Warehouse. Let’s read deeper for some case studies with proven results to find out Snowflake’s impact on their enterprise users.

The US National Football League’s Super Bowl event was approaching. Pizza Hut knew demands for their food would increase by a huge margin. While Pizza Hut have an on-premises data warehouse, it was not scalable. Pizza Hut could add in new hardware and software, and spent resources on lots of backend tuning. However, it was costly, both time and expenses wise. On top of, the current data warehouse did not have unified real-time analytics which hindered resource allocation and other operation decisions.

Snowflake’s data cloud was scalable and provided the near-instant elasticity that Pizza Hut’s data warehouse were lacking. In addition, the powerful and scalable Snowflake ensured a fast data migration; taking just a few weeks compared to the typical four to five months.

Strong data analytics which were also near real-time, machine learning capabilities, resource savings, and a stronger business operation powered by data analytics. Snowflake Data Marketplace also provided ease of access to geolocation and weather data, which coupled with the data from customer’s orders, Pizza Hut could use it to guide future marketing campaigns. Not forgetting that Pizza Hut had a strong, and efficient, busiest day of the year during Super Bowl. Mr Faisal Kp, Pizza Hut’s Senior Manager, Enterprise Data Services, is clearly in awe with the whole setup, now that data is ‘being used to make executive business decisions, especially during (their) busiest day of the year with the Super Bowl’!

Rakuten was growing at a rapid rate. Its data warehouse could not keep up to the rising requirements for more CPU and memory from increasing employees. Response was slow which impacted the company performances. To resolve the issue, they first installed more servers in more data servers, which was expensive and require complex backend setup. But they soon realise the difficulty from constantly trying to catch up to their own demands/resolution. They needed a system that could scale easily to provide them the CPU and memory they needed for their growth.

Snowflake separated storage from compute, resulting in faster response time for users. Snowflake was also able to setup specialised data warehouse to users which isolated workloads. Meaning that each query sent from users from a warehouse would not impact the response time for another. Snowflake had made control over data sharing and access possible! Most importantly, Snowflake provided the near unlimited scalability which is highly beneficial for fast-growth companies.

Rakuten employees enjoy much faster server performance, which increases their capacity to spot business opportunities and problems. If and when they need more CPU or Memory, they can scale much more easily than before. Rakuten also often need to share certain business data with their partners. They tapped on Snowflake’s data access control capabilities, which purged the previously extensive data sharing process and any costs associated with it. The outcome from using Snowflake was an overall win-win and more!

Funding Societies is the largest B2B digital financing platform in Southeast Asia, having just established itself in 2015. With the company seeing huge growth, its data volume naturally rocketed, along with greater requirements for data analytics. Funding Societies’ database is Postgres, a type of Relational Database Management System that was built for complex operations over speed. A query would take 2 to 3 days to complete. At times, it took up to six months for results to return, creating complications to stakeholders. Of course, it was possible to expand the database, but would costs deeply financially and technically.

Once again, Snowflake’s Cloud Data Platform provided the answers like key to a lock! Snowflake was fast to deploy, taking just 45 days. It was also capable of integrating with other analytic tools such as Sisense, Apache Airflow, and Funding Societies’ own data management platform, Atlan. As Chief Data Officer for Funding Societies, Jared Golberg, would have put it, that all these features without “heavy cost burdens”.

Speed performance in data query increased tenfolds, while storage capacity had expanded by a factor of six. Analytics could now be delivered in hours. Best of all, real-time analytics is now possible! Funding Societies achieved a huge costs savings and make do without the complexities. On top of, by being able to integrate with Atlan, Snowflake had provided the regulatory compliance mandated by the local authority.

Are there cons to the Snowflake data warehouse? Quite certainly, although Snowflake would have solved many shortcomings and delivered positive outcomes. One disadvantage we wish to point out here is this. Snowflake is built fully on Cloud. That means that it needs 24/7 connection to the internet in order to retrieve data. The year-round connection to the internet means the risk of dealing with hackers from anywhere. With Cloud infrastructure not deployed on-site (i.e. within the user’s premises), any duty to safeguard them rest on the Cloud providers. In other words, it’s like putting your child with the childcare. Our advice: Do a Cost-Benefit Analysis. Where there are risks, minimise it!

Snowflake is the data warehouse for any high-growth organisation. It has high scalability, high speed performance, almost unlimited storage, and the capability to integrate with other applications (e.g. data analytics, machine learning, geolocation and weather etc.). With it being able to be easily deployed, it is efficient and cost-effective. Although there is no perfect product in the world, Snowflake is a quality one worth consideration for the next Fortune 500 company.

This article was never meant to be written for the IT and Data pros. It was heavily simplified for introduction to the WorkTech enthusiasts looking to understand data platforms. The world of data platforms is huge! Don’t only read from us!

Do you know what data management system your organisation is using? Share your experience with a COMMENT below.

LIKE & SHARE this article with your IT & Data Department and any peers/groups in this field you know.

Read Next: Case Studies from Cloudera | The NoSQL Database: MongoDB 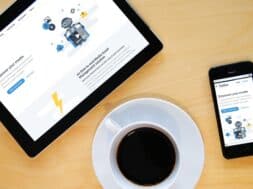 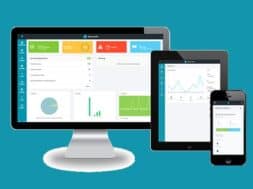 How One EHS Software Can Help Your Safety Management Support Us With Bitcoin! 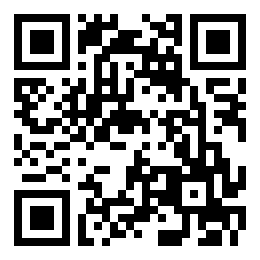 Support Us With Ethereum! 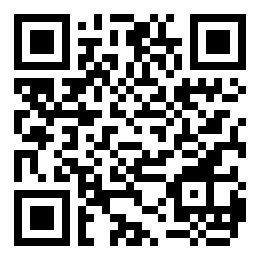 Support Us With MetaMask!

Dummies’ Guide to Creating Canva Resume for Your Dream Job!

Create Videos In Minutes? These Video Ad Maker Can