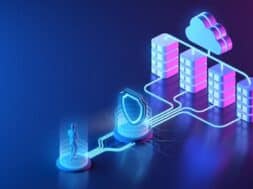 Strategies to Supplement Your SEMrush Free Use 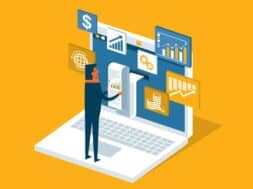 The Rise of NoSQL

Internet and technology have been evolving continuously. Every day, hundreds and thousands of new applications and software are launched in the market. All these applications and software need to be hosted in a database for storage, retrieve, use, analytics etc. Traditionally, common databases were designed to support storage of structured data, known as the relational model. A popular example which you may know is the MySQL. As the age of user generated content arrives, unstructured data such as pictures, videos and audios flooded everybody’s smartphones. Social Media sites, Blogs, forums, E-commerce and even mobile networking sites all need a new model of database.

What is NoSQL Database?

Then, a new model called NoSQL were invented. Such NoSQL databases stores data in the form of documents, has high availability and high scalability. This basically means that any application or software that are hosted with a NoSQL database are able to keep their data synced at all times. This makes them easier to backup, manage and restore when required. Hence, we introduce a popular open-source NoSQL database called MongoDB.

What is MongoDB and How to Use It?

To put it across simply, MongoDB is a program that stores and manages data in various databases, in the form of documents using NoSQL. The stored data can be changed and accessed whenever is required. It has high performance capability as data are synced across at all times. Even if one server fails, the data is still retained in another server. This allows for easy replication and access without fail. This also means it has higher data protection potential. On top of, MongoDB is built for the Cloud. Meaning that access to the database is possible anywhere with an internet connection.

Some of the most well-known companies such as Google, Facebook, eBay and PayPal use MongoDB in their operations to huge successes.

In this article, we will be reviewing real-life case studies where three organizations had used MongoDB to a positive impact on their business growth. Hopefully, we could gain a deeper understanding on how MongoDB works. And, there is any feasibility at all, to adopt such technology.

In 2015, when DarwinBox started as a small HR company in India, they had no idea that they would make it so big. Today DarwinBox is one of the four largest companies in India, with over 200,000 employees. The company is known for providing out of the box HR solutions to its clients in all areas of HR such as recruitment, onboarding, payroll and rewards management among others. In a recent interview, the Co-Founder of DarwinBox talked about the importance of MongoDB in its massive success in the market.

Initially, DarwinBox used personally-built database systems to store multiple databases. But, as the popularity of DarwinBox grew in the market, the need to switch to a better database management system arose. Now, with hundreds of clients and employees, DarwinBox had a lot of information to store and manage. According to the Co-founder of DarwinBox, switching to MongoDB Atlas seemed like the most beneficial solution. DarwinBox received the following benefits from switching to the cloud-based MongoDB Atlas:

It is widely known that governments and management authorities use technology to solve various problems in cities and states. The same was echoed in the City of Chicago when a system called WindyGrid was developed to help the authorities with the safe, smooth, smart, and secure running of the affairs of the city. WindyGrid was developed in 2011 by a tech lover policeman. The first motive behind developing WindyGrid was to connect all the data of the city and its citizens. The second was using it to make the city more evolved and structured.

In the initial plan, WindyGrid was supposed to only use the geology and location of Chicago City to create innovative maps for easy navigation, based on Google Maps. As huge amount of data were needed to be stored, analysed in real-time and scalable enough, MongoDB was decided to be used as the host for WindyGrid. The New WindyGrid built on MongoDB were able to performed these immediately to great effect:

Similar to how MongoDB had been used as a navigation tool for cities, Loopd, an event management software, built their software on MongoDB to capture conference attendee movement data. While traditionally Loopd had been able to perform its role well, it does so at a higher cost. Loopd had used a different database software known as PostgreSQL which were resource consumption heavy. Their old database system was also inflexible and difficult to scale when they required to introduce new functions for their software.

Using MongoDB, Loopd was able to record all the events happening in a conference. The recorded information included attendee movement during the conference, the number of attendee visits and returns, average time durations etc. which they were able to analyse in real-time. This was reinforced by the CEO of Loopd, Brian Friedman, who highlighted that MongoDB is ‘quite developer and database analysis friendly’. Ever since Loopd has switched to MongoDB, it had benefitted from these:

Data management is not a new concept, but is still advancing and with huge potential due to demand for analytics. With organisations needing to keep up with the pace, it is nice to know that database capable of storing and managing unstructured data is available. MongoDB is certainly proven in this aspect. Although much can be explored on the downsides of a NoSQL database, usage feasibility in the age of data and user generated content is very real. Go explore!

Find out more about another Cloud Data Platform, Cloudera.

If you are keen about Data Analytics, read about this Analytics Software, Power Bi.

Also, Read about Workato for your workflow and process automation which comes with analytics.

Do you think that a NoSQL database could help your business? COMMENT below.

LIKE & SHARE this article data to store it on others platform. We are not going to store this article.. JK. Hashtag #DonutAtwork 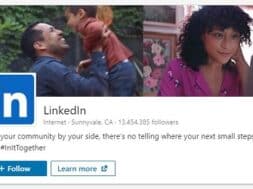 6 Reasons Why Every Professionals Should Use LinkedIn

Photoshop Tutorials for Beginners: 7 How-To You Must Know

How to Use SEMrush? 11 Must-Use Free Features

Manage Objectives and Key Results (OKR) with Ease with this Tool

Photoshop Tutorials for Beginners: 7 How-To You Must Know

How to Use SEMrush? 11 Must-Use Free Features

Manage Objectives and Key Results (OKR) with Ease with this Tool